This post was written by current student Stephen Thompson.
———————————————————————————–
While hanging up Christmas lights this week, I had a thought. I was dressed in flip flops and a t-shirt, which made it easier to navigate the small forest of potted plants which dominate my fiancée and I’s first-floor apartment patio. One of our retired neighbors stopped by to talk with us while we strung lights in the outline of our storage closet door frame. My neighbor, Tom, talked about fishing, holiday travel plans, and the weather—really, he talked about the weather’s effects on the first two. “Climate change is real,” he concluded. That’s a statement I’ve heard frequently over the last couple of years. My thought: what responsibility do public servants have to be caretakers of citizens verses faithful bidders of the people’s will?

My neighbor Tom is an intelligent, wise, 81-year-old man. Like many people in this county, he’s a skeptical, seeing is believing kind of person. I don’t think that’s a bad thing. After a couple of trips around the block myself, I tend toward the “show me the money” side of the spectrum. The trouble with the type of proof which is in the pudding, however, is that you need to eat the pudding to see the truth. This brings me to a crucial question about representative democracy (the flavor of democracy the United States features). Is my representative’s responsibility to vote on legislation in congress as I would vote or as I should vote? Of course, the ideal manifestation of representative democracy is that those two are the same, however people and societies are far more complex than School House Rock ever led us to believe (“I’m just a bill [which could have dramatic effects on the lively hoods, personal safety, and liberties of millions of people across this county] on Capitol Hill).

One interpretation of our governing system might suggest that our representatives’ job is to be more educated and steeped in policy implications than the average American has time to be. We voted them into to office, to make decisions on our behalf, because we don’t have the time or resources to educate ourselves about those decisions. This is certainly the approach we take regarding the executive branch. The president and west wing staff make hundreds of decisions a day in our steads. We elect the president and grant them our nation’s proxy vote. On the other hand, isn’t congress supposed to check the executive branch’s power? Shouldn’t congress be the will of the people, in light of the assumption that the president is the “spirit” of the people? Many state and federal legislators take that view. It is the job of the politician to vote as each of their constituents would on any given issue. Some politicians, though, take this charge to mean they should educate their constituency. That is, their voters would choose this option, if they were privy to the information those representatives are. 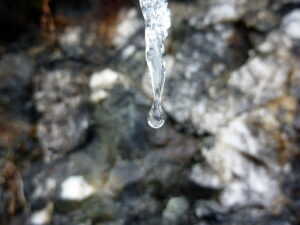 Bringing this back to my conversation with Tom, I wonder if the public servants of the 80s, 90s, 2000s, and 2010s let us, the people, down with their collective resistance to ecological policy over the decades. Ruling out super-packs, corporate donors, and other controversial applications of our representative democracy, if we assume that federal and state legislators have acted purely as we citizens have directed them, is that how it should work?

As I’m starting my second year of the MPA program, these are the types of questions I’m pondering, and exploring. How does one equably apply democracy? We know the letters of the laws which govern representation, but what is the spirit of those laws? My fiancée and I finished up our conversation with Tom and plugged in our lights. It is unseasonably warm for December, but the lights bring a festive spirit to the patio. There are some big questions with which public servants have to wrestle, but for now, let’s look forward to a brighter new year.