September 15th is the start of Hispanic Heritage Month, a 30-day period which runs from September to October. If you’re like me, you may have been vaguely aware of this cultural celebration, but relatively uneducated on its history and significance to both Latinx communities and the greater community of the United States. Let me take this moment to self-identify as a cis, white, straight, male (this is surprising to no one). As such, I decided to educate myself about this cultural celebration, and upon earning my PhD from Google I wanted to share a couple of the broader points.

First and foremost: why does this “month” span two half months? Well, that’s actually kind of a long story… 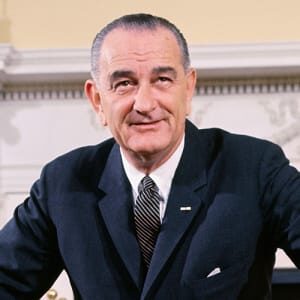 In 1968, President Lyndon B. Johnson (career highlights include: the Voting Rights Act of 1965, creating Medicare and Medicaid, and being played by Brian Cranston in an HBO movie) created Hispanic Heritage Week to honor the cultures and contributions of the Hispanic people. He selected the week which included September 15th because Costa Rica, El Salvador, Guatemala, Honduras, and Nicaragua all celebrate their independence from Spain on this date, in addition to Mexico and Chile’s independence days, Sept 16th and 18th respectively. This heritage week would go on to become a month two decades later when President Ronald Reagan signed it into law on Aug. 17th, 1988.

HOWEVER, let’s give credit where credit is due; the idea of making the heritage week into a heritage month was first proposed by California Representative Esteban Torres (we Stephens have to stick together). Unfortunately, Representative Torres’ initial bill failed to garner support, but the idea did stick around long enough to be added to another bill which was the one that Reagan signed into law.

So now we have National Hispanic Heritage Month, but some people call it Latinx Heritage Month. What’s the difference between Hispanic and Latino/Latina/Latinx?

The term Hispanic dates back to the 16th century and holds two common definitions. According to Merriam Webster: 1) of, relating to, or being a person of Latin American descent and especially of Cuban, Mexican, or Puerto Rican origin living in the U.S. 2) of or relating to the people, speech, or culture of Spain. Was that an “ah-ha!” moment for you? It was for me. In the later part of the 20th century Americans began using the term Hispanic to distinguish peoples from Central and South America from people living in the Central (or Mid-Western) and Southern United States, however the term “Hispanic” literally referred to people and cultures which trace their lineage back to Spain. Given the problematic and violent historical relationship between indigenous peoples in Central and South America and Spanish Conquistadors, it’s not hard to understand why folks proud of their heritage would reject this term in favor of the geographically oriented term “Latin.”

Historically, the word “Latino” has been used to generally reference peoples living in and tracing their cultures and lineages back to Central and South America, however the ending “o” is the masculine suffix in Spanish, so this literally means “Latin men.” The feminine suffix in Spanish is “a,” hence “Latina” means “Latin women.” This is sort of like how some people use the generic pronoun “he” for a stranger, even though this is incorrect (at least) 51% of the time. So, the term “LatinX” was developed to include all Latin people.

In short, September 15th – October 15th is a great excuse to support a Latinx-owned business, seek out art from a Latinx individual, or to simply education yourself about the world spins for other people. Thank you for coming on this journey with me. I hope you learned something and learned to consider some things a little differently, I know I did.

Check out the UNC Carolina Latinx Center’s Event Calendar for some educational and FUN events happening around campus over the next month.